In the 90s I was part of the telco boom. I recall a conversation with an experienced telco engineer about what we eventually called broadband but then was little more than a prototype by British Telecom named ADSL – he was convinced it would never be made available to the public. You’re using it now, or at least the technology that it has evolved into, to read this.

In 2004 I was representing a royalty calculation software company at Midem. A label manager told me he was confident that the full extent of the internet’s impact on music would be as another channel for mail order sales of CDs. Happy Days!

They were both wrong. We don’t even say broadband anymore. We talk about using the internet and Google Maps, not TCPIP and GIS. In due course ‘blockchain’ may well fall out of common parlance as focus shifts on to the applications it powers, as they become part of daily life.

When this piece was first published here, this was the part where I said – “Thankfully we are now entering the phase of Gartner’s Hype Cycle for blockchain where the opportunists and chancers are starting to fall away. We’re a long way from the days of Long Island Ice Tea company rebranding as Long Block Corp overnight in 2017 (and subsequently folding).”

Then NFT’s happened, or at least it seemed that way. All aboard the hypetrain!!!

Once again the conversation around blockchain got further dumbed down and polarised. See the hilarious Channel 5 coverage of ComplexCon for a sample.

“NFT is a fancy word for digital art.”

Nope!  A token (fungible or otherwise) is not a kitten meme or a song, it’s essentially the set of rules built into a smart contract that pertains to those things.

Fungible and Non-Fungible Tokens (i.e. unique or not-unique) have been around for some time. Finnish PRO Teosto partnered with Revelator and BMAT in 2019 to run a pilot which saw artists being paid for radio plays within 2 hours of airtime, using Revelator’s Original Works tokens to manage the transactions.

The mechanics of that got somewhat lost in the clickbait headlines and rush to either cash-in or condemn.

The real-world applications for blockchain and the companies behind them weathered the initial hype-storm, continued to learn and develop their offerings and are now offering tangible benefits to artists and the music business at large. Blockchain is coming, it’s also already here.

Myth 1: No significant players in music are working with it

This is a direct result of the Peak of Inflated Expectations in the hype cycle. Lots of companies sprang up promising that blockchain would fix everything with varying degrees of understanding of what they were talking about. They raised money, blew it, the hype dies down and this informed the common misconception that it was all a false dawn.

Now, much of the focus seems to be on the opportunities NFTs may present for how artists generate revenue. Nas just made a cool $1.25m in a matter of minutes though as MusicAlly pointed out, buyers don’t seem to be getting music for their $5,000. Nor are there many buyers out there, ‘a niche of a niche of a niche’ with only 0.1% of crypto-owners also being NFT owners. There’s still a few things to be worked out here, clearly.

The bigger picture is that blockchain for music is about much more than the headlining grabbing get rich quick stuff happening right now.

The reality is that it is foundational technology. It takes time for massive multinationals to investigate, implement and integrate which is not as newsworthy as “BLOCKCHAIN WILL SAVE THE WORLD RIGHT NOW”.

Plenty of serious music (and for that matter non-music 82% of Fortune 500 companies explored/implementing) entities are very much involved in blockchain, you just have to look:

The initial excitement about blockchain coincided with the failure of the Global Repertoire Database project. The idea was to make all the copyright management and royalty collections society databases communicate with each other to enable a single point of works registration.

Around $14m was spent and the project was abandoned. Blockchain is database technology, it can support the main aim of the GRD project however it can’t clean up hundreds of PROs/CMOs data retroactively. Therefore, companies like Musiio and Jaxsta exist now to help fix that.

When we explain what blockchain is in layman’s terms, we typically describe it as a database so it’s natural to assume that would be the primary application for the music business where funds are disappearing into black boxes.

This is an oversimplification designed to help people understand the fundamentals. Blockchain is about transactions which can be interpreted in many ways. For instance, Blockpool’s Like/Share=Reward technology. The transaction being that in return for sharing a Björk video, I receive virtual currency.

I could receive an exclusive track by visiting a specific point on a map or turning up to a concert on time or being one of the first 100 in line for tickets. That is another kind of transaction blockchain can power in the context of music, marketing and engagement.

Connecting data to the relevant stakeholders and vice versa is just one application of blockchain technology, cryptocurrency is another application – there are probably thousands of others.

If you follow Bitcoin as a keyword in your news stream daily, you will see 2 kinds of story. Either “BTC to be worth $100k by 2021!!!” and/or “Bitcoin loses 23% of value overnight”. Most people will not understand why either of these things might be true, it’s all a bit confusing and something for those who can afford to burn money to experiment.

Cryptocurrency is just an application underpinned by blockchain – BTC is just one example of it.

There are 2,000 other alt-coins and they serve all manner of purposes and come in many different flavours. Worried about market volatility? There are also stablecoins, attached to ‘real money’ reserves.

Original Works and Revelator use virtual currency’s transactional nature for accounting purposes to facilitate fast transfer of royalties and rights, but they in no way affect the value of those royalties and market forces do not play a role in the process.

The fact that solutions using this technology have yet to be adopted en masse doesn’t mean that they don’t exist. While it helps to be actively involved in this area to spot the real-world solutions from the ‘blockchain ready’ entities, it’s not hard to find working examples.

Blokur – Recently came out of beta, very cool tools for music publishers. Massive Attack demonstrated what could be done with it 2 years ago.

Original Works – You can use their Artist Wallet via Family in Music in the future to create smart contract recording/publishing agreements, sell royalty shares in tracks to fans, with more developments rolling out later in 2022.

Audius – Fan engagement and streaming platform with deadmau5, 3LAU and other notables onboard.

MonkingMe – Ad based music streaming partnered with Kin to power payments and rewards for music lovers.

Unison Rights – Private PRO formed in the wake of the SGAE scandal, collecting on works by Beyonce, David Guetta, Snoop. While they’re not using blockchain to make payments yet, they do use Verifi Media’s tech to manage their database.

Family in Music – Yes, us too! Aside from making the Artist Wallet available to our Family members, we’ve recently announced MgNTa. The important bit is that MgNTa will help the thousands of new songwriters releasing music every day to get paid the royalties their due. The technical bit is that we use blockchain and tokens to assign ownership and protect their works.

Worried about BTC’s impact on the environment? There are many other currencies based on different structures that radically reduce their carbon footprint.

They often have different focuses and areas of interest. Take for instance Ripple.

Headlines like Bitcoin’s energy consumption is as much a year as all of Ireland are great clickbait but they are just that. Fresh research suggests this idea is fundamentally flawed though perhaps this is the one area that one should pay attention to when choosing which blockchain powered music platforms to hitch your wagon to.

The graphic below is a representation of how much energy one of our MgNTa tokens requires versus Bitcoin, Ethereum or Dogecoin.

Increasingly the sector is moving from ‘proof of work’ to ‘proof of stake’ blockchain which requires a fraction of the energy.

Not to mention there are lots of specifically eco-friendly coins.

The rise of NFTs has brought this to the fore again and certainly the increased activity also increased the carbon footprint. As with most foundational tech, the more it is adopted the less costly it becomes.

Myth 6: You can buy/sell shares in ownership of a song, as an investment, using NFTs

You can not legally sell your intellectual property (IP) or shares in it to anybody. It remains the property of original creator for ever.

You can, however, sell shares in the ‘right to income’ derived from the IP.

You also cannot openly sell shares as an investment opportunity to the general public as that would be defined by the regulators as a ´security and as such illegal.

The SEC, and other countries regulators, control what is deemed to be a ‘security’ or not.

The are some grey areas around selling NFT opportunities as part of a crowdfunding campaign or presale.

While at Family in Music we make use of blockchain technology and operate at the cutting edge of music x tech, we maintain a healthy scepticism and do thorough due diligence before making features available to our Family!

Photo by Shubham Dhage on Unsplash 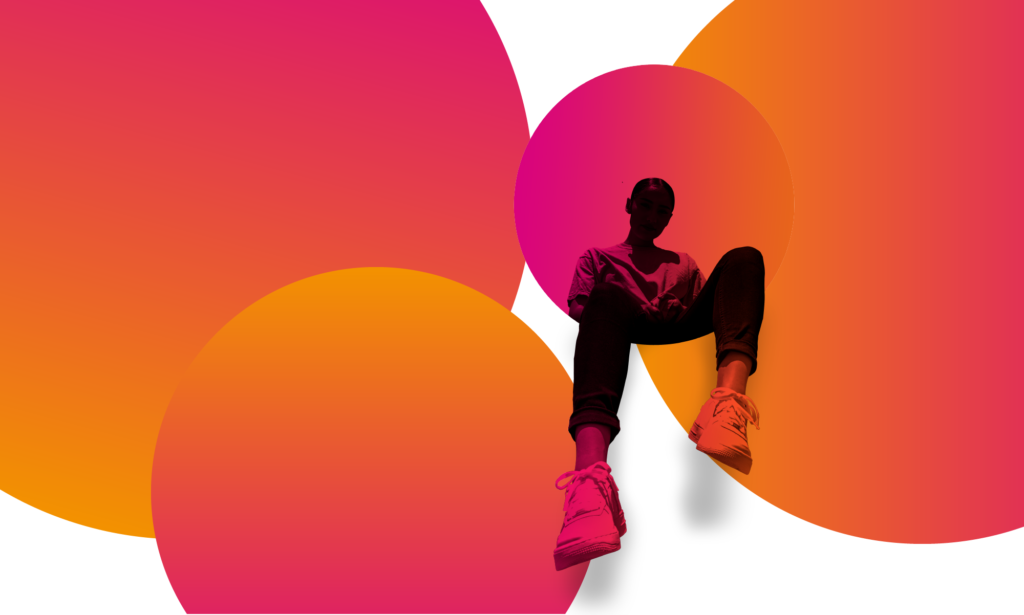 MgNTa – Secure your rights with a personal identifier

By Family in Music 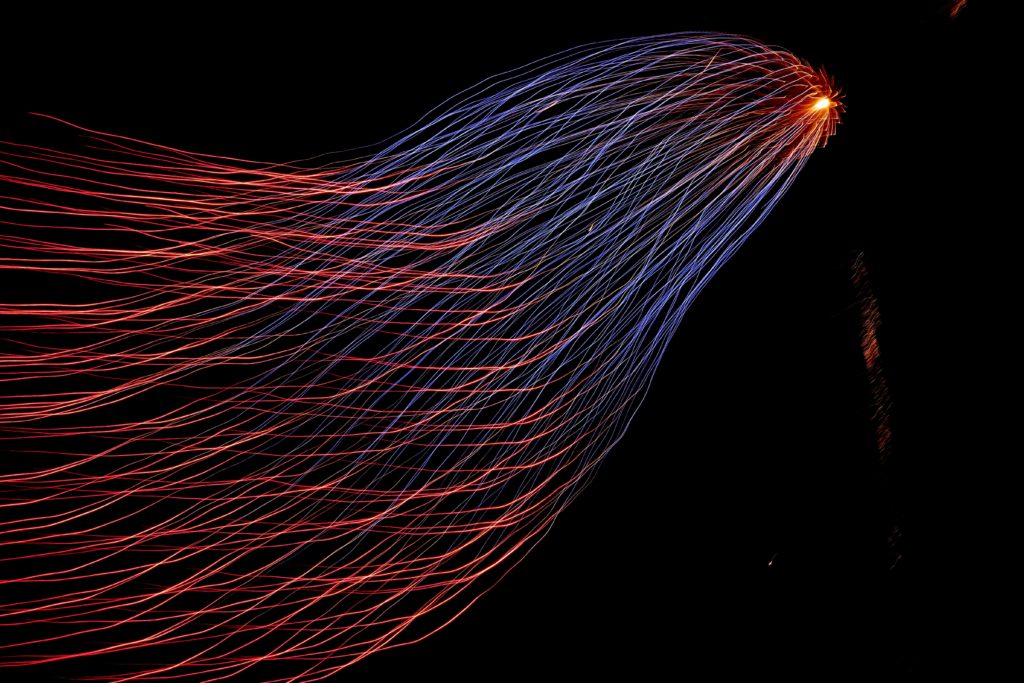